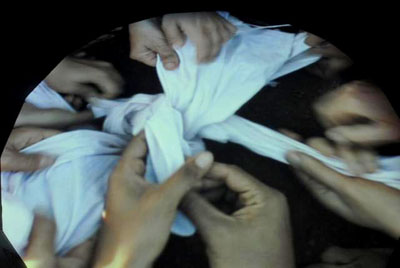 When the private became public was a video artwork developed by Zambian artist, Anawana Haloba. Haloba works with performance-based video and sound installations, often using her own body as a medium. Haloba explores the position of women within varied social and cultural contexts. For the Sydney Biennale 2008, Haloba presented the work, When the Private Became Public, a conceptual film made with five female participants from different cultural backgrounds, Indigenous, Italian, British, Indian and Australian, set against the harsh desert landscape. The work explores the revolutionary turns that have resulted in women entering the public realm, providing a contemporary perspective on pre-feminist ideologies. I sourced the production crew and equipment, coordinated the casting, location and logistics of the shoot. I also managed the budget and the production of the well into which the video was down-projected at the MCA. 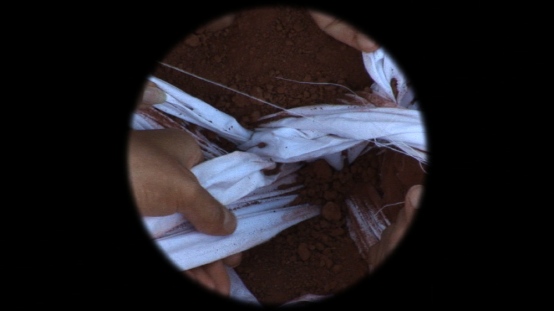